The first personal event this section made me think about was when my sisters and I went to my grandparents house after a snow storm to shovel out the driveway and walkways. When we pulled up to the scene, our draws dropped at the amount of snow that had piled in front of their house. After about 3-4 hours, we successfully completed the task and went home after the labor. The most astonishing aspect of this experience was the snow itself. As it falls from the sky it’s weightless and easy to destroy. The second it touches superior, warm skin it melts into water and disappears. However, when given time snow has the power to accumulate and build an army that can overpower humans. Snowfall can construct towers of snow several feel high which makes traveling and basic activities extremely difficult. This highlights how powerful snow really is and how something so insignificant can escalate into something so pronounced. 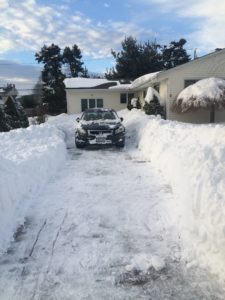 Secondly, ice/snow is very important to me as it’s the support to activities that I enjoy to participate in. For example, one of my favorite hobbies, if not my favorite, is ice skating. I tend to go multiple times a year and occasionally I’ll even go in the summer. I can’t explain why I love it but there’s just something about it. I enjoy the crisp, cold air and the gliding of my feet on a slippery, hard, smooth surface. It’s quite incredible because with a simple skate you can glide at great speeds on ice and you have this sensation of being weightless and free. On one specific occassion, about two years ago, my sister and I went ice skating and we decided to race each other around the perimeter of the rink. Because I do not possess the ability to stop efficiently, I ended up slamming my knee and face into the board and glass of the wall. The huge bruise on my knee and soreness I felt afterwards just accentuates the power and speed that ice has the ability to generate. Another activity which I love, but unfortunately don’t get to do a lot, is skiing. My family and I like to travel upstate to the Catskills and go skiing and snowboarding during the winter. I remember years back literally flying down the hills and traveling so fast that it was honestly intimidating and scary at times. The material of the blades combined with the smoothness of the snow and ice results in again the feeling of weightlessness and freedom as you lose all sense of time and concerns of everyday life in the activity. Without ice and snow providing the literal base to these activities, ice skating and skiing, it wouldn’t be possible to feel this special way so I am grateful for both. 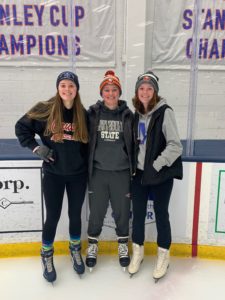 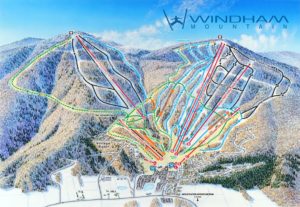 Finally, the thing I am most thankful for that resulted from the manipulation of ice is hockey. Eighth grade is about the time that I really started to get invested in hockey, more specifically the New York Islanders. It was honestly impressive and breathtaking to watch these professional athletes maneuver on the ice which is how I got sucked in. The players can travel at about 12-20 miles per hour while checking each other, stopping shortly, redirecting their bodies, skating backwards, blocking shots, handling the puck, passing, shooting, etc. The abilities these athletes possess are spectacular by themselves. But the fact that they can do all of this on ice, is honestly unbelievable. To the average individual, ice is a hard element to master. It’s slippery, mysterious and unnatural to human feet. This is why hockey players are so incredible to me because they have mastered such an elusive element and are able to build power, speed and success off of it. The great achievements they complete also display the endless opportunity and potential ice provides people.

3 Responses to Ice and Snow Reflection