Night Reflection: I Was Prey

“We may step into and out of many forms of the flickering presence of night while out ears and touch compensate for our slowly adjusting eyes and mind.”

After reading this quote in the book, I was instantly reminded of the TV show, I Was Prey, where animal attack survivors tell their horrifying and gruesome altercations with a specific creature and how they survived. One of the scary and intimidating factors of the night is that it completely eliminated one of the key human senses, vision. Humans rely on vision from day to day life, probably more than any other of the senses. But when the sun sets, vision is lost and everything becomes total, overwhelming darkness. This is where other sense are forced to be enhanced, such as hearing and touch. Instead of relying on the eyes to navigate and survive, people have to use their ears and hands/other body parts. This applied to one of the episodes I watched of the show:

Due to his struggling financial situation and need to make money, a man was without a car and forced to walk to work early in the morning, prior to the sun rising. It was complete blackness. As he was walking down the street, he heard some noise from the woods but he continued on because he had a job to get to. Unfortunately, shortly after he ended up being attacked by a group of coyotes. He originally was holding a flashlight, but due to the attack he ended up dropping it. He was blind, while his attackers, the creatures of the night, were in their territory, thriving. At this moment, his vision and sight were lost and he was forced to rely on his other senses of hearing and touch. He would listen to the animals around him to know where they were and when they were going to pounce on him. And when they did make contact with his body, that’s when he felt the animal, picked it up, and slammed it to the ground. I’m not sure how long this went on for, but for some period of time he was listening to their movement, feeling them jump on him, and attacking back by throwing them as hard as he could to the earth. The man was finally able to scare the coyotes off by holding one of them and squeezing its throat as hard as he could until there was a loud pop. This destruction of the animals throat intimidated the other coyotes and they ran away. The man was left in the night and the darkness, but he stumbled on for a couple of miles until he finally arrived at his job, collapsed, and got the help he needed. Although he suffered extreme injuries, he was a fighter/warrior that survived a deadly animal attack.

I find it completely fascinating how in emergency situations, certain senses can become enhanced and better functioning than ever before. The human body knows what to focus on so it will put a priority on hearing or touch in the darkness since sight is useless. 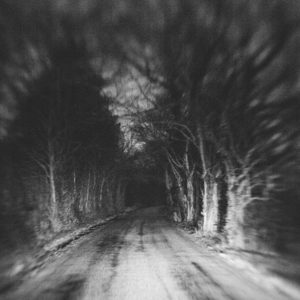 5 Responses to Night Reflection: I Was Prey